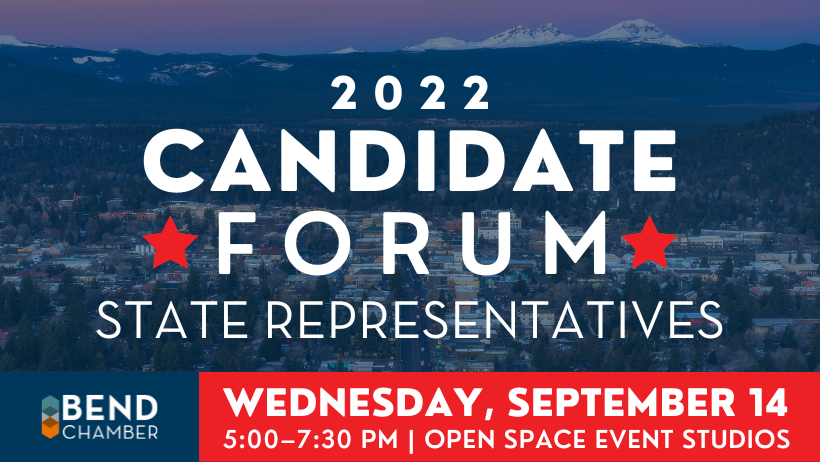 Election season is upon us with candidates running to represent Bendites at all levels of government — from City Council and County Commissioners to the State Legislature in Salem. The Bend Chamber of Commerce is excited to host a series of forums focusing on the business community to introduce the candidates and learn about their policy platforms. You’ll hear from the candidates firsthand, plus have the opportunity to participate in a Q&A session.

Before and after our speakers, we’ll have plenty of time for networking — plus bites and beverages. Beverages will be provided, including beer from Deschutes Brewery, cider from AVID Cider, plus appetizers from Bleu Bite Catering.

Join us on Wednesday, September 14 to hear from the candidates running for Oregon State Representative.

Allen Martin has been a working journalist for over twenty years. He joined Central Oregon Daily News in July but has owned a home in the area for several years. Like so many of us, he sought out an opportunity to continue to pursue the work he loves while living in a place he loves. Over his career he has interviewed President Obama, Vice President Harris and thousands of others. Tough, but fair, Allen is a professional dedicated to bringing the truth into the light and holding publicly elected officials accountable.